The announcement of his retirement by Sinn Féin’s long-serving president, Gerry Adams, was deemed by the media to be the most noteworthy happening at the party’s recent ard-fheis. After thirty-four often turbulent years at the helm of a movement ridiculed and lauded in almost equal parts, it could hardly have […]

For a politician who spends so much taxpayers’ money on a “Strategic Communications Unit,” Leo Varadkar managed to deliver an extraordinarily ill-considered and dangerous message on his trip to the North last month. In an interview with the BBC he said: “I wouldn’t like us to get to the point […] 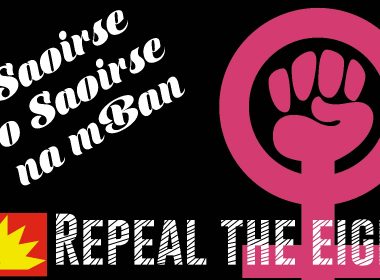 Dublin Bus up for grabs

In August, at the end of the tendering process for 10 per cent of Dublin bus routes, two bidders remained: Dublin Bus itself and the British transport corporation Go-Ahead. It’s no surprise that, despite Dublin Bus putting in a very good tender and meeting all the criteria, the private British […]

A Catalan republic: fact or farce?

To be an independent republic—or not? That choice will face voters if the referendum planned by the Catalan regional government for the 1st of October is allowed to take place by the Spanish government. Most Irish republicans would probably support a Catalan break with Spain. “A free, independent republic” has […]

Amid all the hysteria about “fake news,” as reported by the corporate and state media (i.e. the actual purveyors of fake news for the last century or more), a significant piece of news about Google, the giant near-monopoly internet corporation, slipped by unreported or, if reported, unexamined. In September 2016 […]

The existential crisis of the GAA

Now that we’ve literally reached the business end of the annual GAA season, it is perhaps timely to reflect on the trajectory that Ireland’s pre-eminent sporting, cultural and community organisation appears to have ingloriously embarked upon in recent decades. Just last month, sporting twitterati and print journos went apoplectic in […]

Brexit: bordering on the ridiculous

The continuing drip feed from the Brexit negotiations on the future of the border between the two parts of our country, and the inability to do anything about it, illustrate the total lack of sovereignty we have as members of the imperial club. We may be members, yet we are […]

Monopoly capital, the budget, and housing in Dublin

A small number of builders and developers own the land zoned for housing around Dublin. They are the suppliers of housing, and they have control over supply. As monopolists or semi-monopolists they have a vested interest in the high and rising prices for new houses. If prices rise, their profits […]