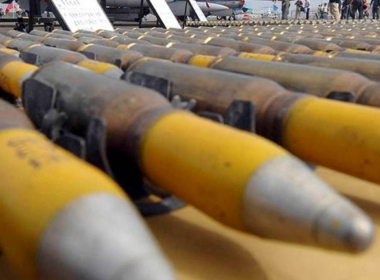 British and American weapons in the war in Yemen

In March 2015 a Saudi-led coalition of ten countries, backed by the United States, invaded Yemen, with the goal of restoring power to the government of President Hādī. This would be the start of a brutal war, which has been going on for the past seven years. As a result […]