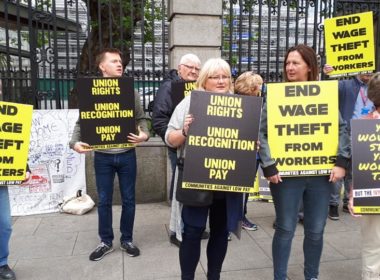 It is a reflection of where we are as a society, and where the balance of power exists between employers and workers, that legislation is needed to stop employers stealing this money from those it is intended for. The contempt in which the working class are held by sections of the ruling class is also exposed, as some politicians will actually vote against this bill, while others have to be lobbied and put under pressure to vote for it. Occasionally the politicians are forced into a compromise and have to vote against their own class interest.