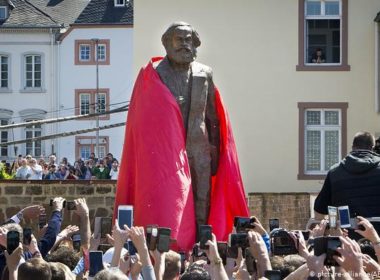 Earlier this year there were attacks on Karl Marx’s grave in Highgate Cemetery in London. Around Europe since the fall of the Soviet Union there have been attempts to destroy or remove any statues or other monuments commemorating those who fought fascism during the Second World War, or previously in […]