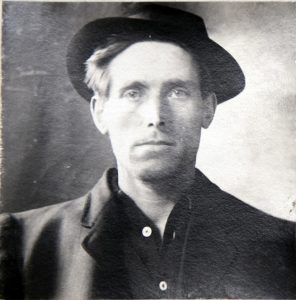 If the workers take a notion
They can stop all speeding trains;
Every ship upon the ocean
They can tie with mighty chains.
Every wheel in the creation,
Every mine and every mill,
Fleets and armies of the nation,
Will at their command stand still.

The trade union movement is in deep distress and needs to be rebuilt, re-energised, and reinvigorated. Union membership is at a record low point, with no signs of recovery.

There are many reasons for this, but the task is to rebuild the unions and increase membership and to bring back pride among members in being a union member.

Since “social partnership” and the facilitation of the Industrial Relations Act (1990), power has tipped towards capital and away from organised labour. This has to change if the unions are to have any chance of getting back to the position where a majority of workers are union members. We have to change the mentality within unions: instead of providing a service, unions need to be seen to have workers’ backs, and not just in the work-place but in their daily lives as well.

Some think that the introduction of the legal minimum wage was a great victory for low-paid workers; others chase the “living wage” as the silver bullet that will solve all workers’ problems. Of course others on the left—in the battle to appear more radical than everyone else—will always set the demand for an even higher rate as the way to end wage slavery and give workers power.

Important as wages are, whether it is a minimum wage, a living wage, or something higher, the question we must ask is, Does this tip power back towards the worker and away from the ruling class, or does it help appease and dilute workers’ demands?

The answer is quite clear. It may ease the burden on workers, but it does not give them or their unions any more power.

So what is to be done? What will give the unions power? Instead of saying that “this is the best we can achieve at this time” we have to get back to the stage of saying, “No, that’s not enough. We demand more.”

Workers must fight to get the Industrial Relations Act repealed in the South and the equivalent anti-union legislation in the North overthrown. This will give workers power by regaining the main weapon of the trade union movement, the right to strike—wherever, for whatever, and whenever workers choose.

This will tip the balance back in favour of the worker over capital. It will give workers back not only the power to strike for better pay and conditions in the work-place but better rights for citizens, whether it be in housing, education, health, or other essential services. As it would give back the right to have strikes for political reasons it would build solidarity among unions and workers by allowing supportive strikes.

During the recent Bus Éireann dispute what pushed the company to the negotiating table was when Dublin Bus and Irish Rail workers walked off the job and staged solidarity pickets at their depots, bringing the national transport system to a standstill. They threatened to repeat this until such time as the management entered negotiations.

This support strike was illegal under the 1990 act, and it was only through the bravery of fellow-workers that it went ahead. Workers and their unions could have faced huge fines over this action. This support action also reawakened among transport workers the bond of solidarity between workers that capitalism has been trying to extinguish for decades.

Unions have to get back to their roots: not just defending workers’ rights but fighting for more. This cannot be done without union power.

Low pay, precarious work, the gig economy and bogus self-employment are rampant today. These are all inextricably linked to the decline in union membership and to the anti-union legislation. Workers need their unions to be fighting for them tooth and nail, not just for better pay and conditions but for all the other necessities of life, whether it be public housing, health, or transport.

Until unions go back to basics and are seen to be in the forefront of workers’ struggle, membership will continue to decline, and twenty years from now children will be asking, “Daddy, what’s a trade union?” And those children will all be on poverty wages, living from hand to mouth and struggling to survive.

It is the nature of capitalism to constantly keep costs down in the pursuit of higher profits. This has not changed. So why have unions? As Joe Hill once said, “Don’t waste any time mourning. Organise!”

Let’s start at the basics. Raise the repeal of anti-union laws in union branches, and lobby union executive committees to campaign with like-minded unions to do the same.
How can any union worth its salt not fight for the right to strike to protect, maintain and improve members’ lives? We can stand and fight or risk losing everything.

As we go to print, Mandate has just passed a motion at its biennial delegate conference that states: “Conference calls on the incoming National Executive Council of Mandate trade union through the ICTU to lobby the Irish government to repeal the 1990 Industrial Relations Act and to replace it with legislation that allows the right to trade union recognition and the right for trade unions to use any form of industrial action as a legitimate tool in industrial relations without fear of any repercussions.”

Once again Mandate has set the bar for other unions to follow.